If you’ve yet to experience the joy of a wall-mounted heated towel warmer (or, if we’re being pedantic, the correct term being heated towel rack), you might ask ‘are they worth it?’ The short answer is yes, they are… for about two minutes. But they’ll be the best two minutes of your day! Also, if you buy a top-quality heated towel rack such as those you’ll find at Bathroom Butler, you’ll get to enjoy those two minutes in warm, fluffy heaven for many years to come.

But let’s get science-y for a bit. How do they work? Why do I want one? Couldn’t I just toss my towel in the tumble dryer for a bit?

As far as the latter goes, you totally could, but it would be a very inconvenient way to roll. You’d have to remember to do this before every shower or bath. It’s an unnecessary step that just becomes a chore on your probably already too long ‘to do’ list. That’s the opposite of luxe-living right there. It’s also going to get expensive and isn’t great for the environment. After all, tumble dryers are one of the biggest energy-sucking appliances in any home. Also, if this becomes your standard solution to heated towels, then you’re on the fast track to damaging them.

So, clearly a tumble dryer is out. But won’t a wall-mounted heated towel warmer also reduce the lifespan of my linens? In this case, the answer’s a resounding no. In fact, it’s just the opposite! A heated towel rack doesn’t just keep your towels nice and warm, it also dries them in as little as four hours. This way, you don’t have to wash them as often, so they can live a long and happy life. Despite less washing, using a heated towel rack is significantly more hygienic. It ensures your towels are always fully dried between uses, preventing a bacteria block party.

Convenience and hygiene-factor aside, washing your towels less often will also help you cut down on water and electricity. So, while buying a heated towel rail can seem like a splashy, indulgent purchase, it’s actually a smart one if you think about all the money it’ll save you in the long run. 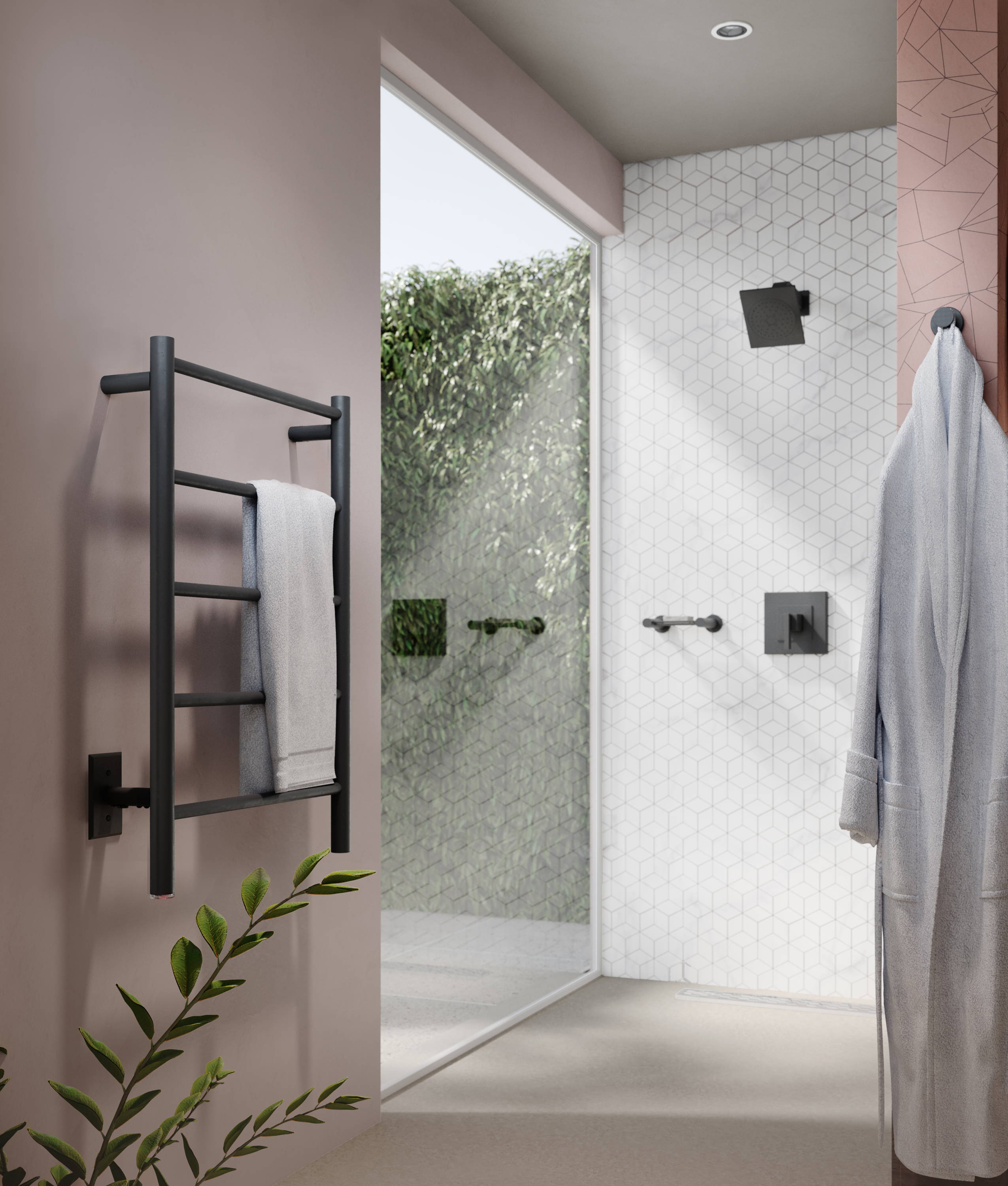 Heated towels for the win!

Right! You’re sold! You want a wall-mounted heated towel rack! But here’s the rub – not all of them are a clever buy. If you’re wanting to be energy efficient, it’s vital that you choose a top of the line ‘intelligent’ model, such as those you’ll find at Bathroom Butler.

As an example, some wall-mounted heated towel warmers use an older type of technology that can take up to one and a half hours to distribute their heat. The longer the heating up time, the more electricity you’re going to use. Happily, Bathroom Butler heated towel racks heat up to their optimum working temperature within just 10 to 15 minutes of being switched on. Better yet, because they use Dry Element Technology (DET), on average, they use the same amount of energy as a conventional 60W light bulb!

So, knowing all that, the only question left to ask is when are you going to install a wall-mounted towel warmer? When you finally do move over to the luxe side of life, we’re quite sure you’ll never look back.

The biggest bathroom décor trends of 2020