Heated towel racks are an amazing addition to any bathroom. They’re also one of the most misunderstood home-enhancers around. Fortunately, we’re heated towel rack experts and only too happy to help dispel the myths.

This is probably the most common myth surrounding heating towel racks. Many people think they’re purely indulgent, existing only to ensure you’ve always got a warm towel at hand. Thing is, their primary job is to DRY your towel – something it can do in just a few hours. Sure, you’ll get to enjoy a touch of warmth, but their goal is to dramatically reduce the amount of time it would take for your towel to dry if it were just hanging on the back of the bathroom door. A speedy drying time is important because the faster a towel dries the less time bacteria has to breed. This way, a heated towel rack is just as much about hygiene and practicality than it is luxurious. (But yes, the delicious feeling of a dry, warm towel is most definitely the best “added bonus” around!) 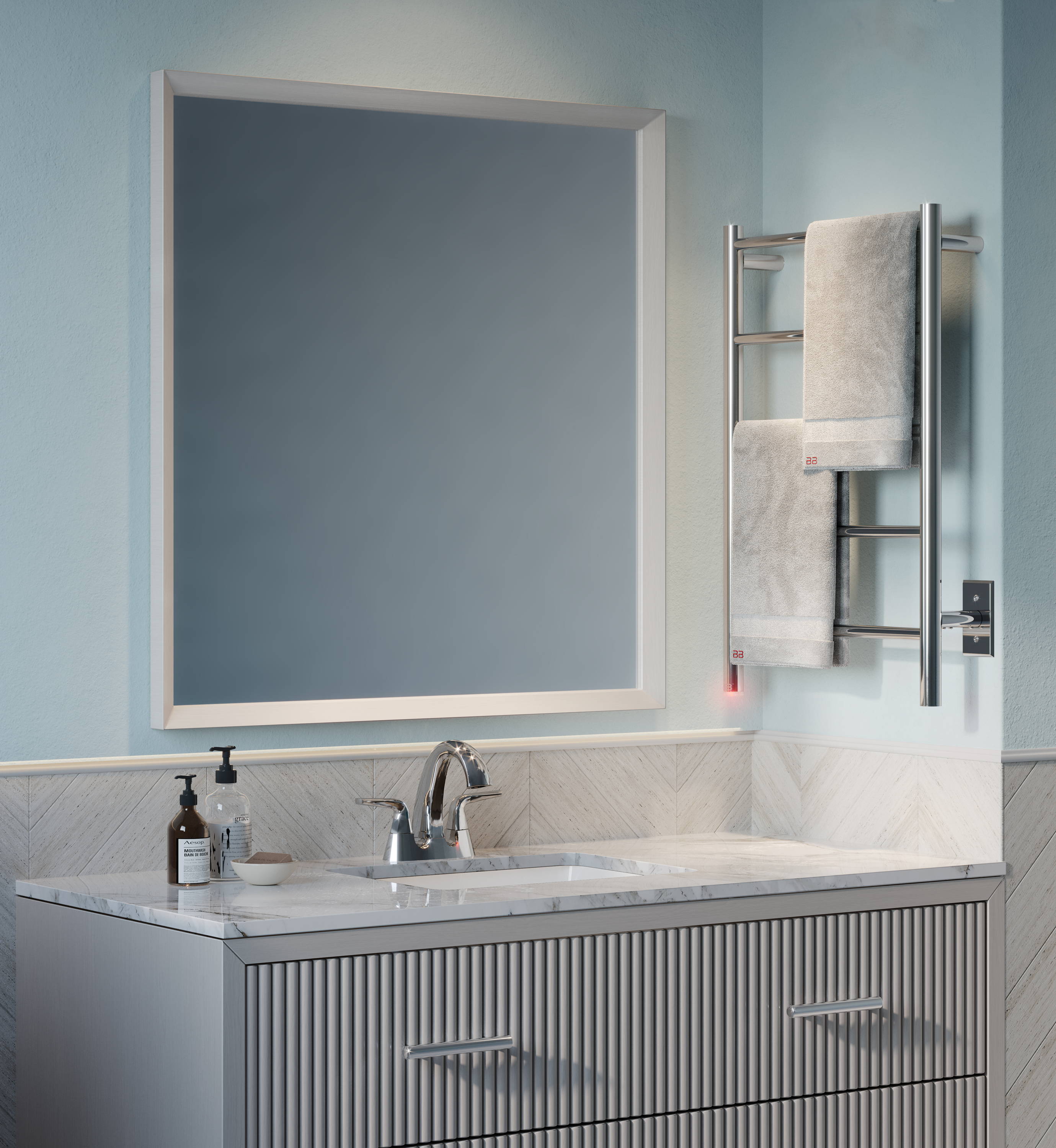 Surprise, surprise! Did you know that your average heated towel rack only uses about as much electricity as a 60 to 180W lightbulb? This way, you can leave them on all day or for very long periods without having to worry about racking up a huge utility bill. In fact, when you have a heated towel rack, you’re not going to want to pop damp towels in the dryer – something that’s very expensive to run – so you can actually reduce your bill. Better yet, if you have a Bathroom Butler heated towel rack with a timer, you can set it to run only for the times you know you’ll need, thereby reducing your power usage even further. In short, if you were a heavy dryer user, your newfound energy saving could see your heated towel rack pay for itself within just a few months of use!

As it turns out, nothing is stopping you from drying your clothes on a heated towel rack. Just bear in mind they were designed to dry damp towels. So, if you’re dealing with anything sopping wet and have a need for speed, it would be best to dry those in the sun or a dryer. Also, you need to remember that the surface of the heated towel rack can get quite hot. Certainly not as hot as an iron – but it would be best to apply the same logic. If your clothing item has a plastisol print that could melt or is made from a very delicate fabric that shouldn’t be exposed to high heat, don’t pop it on your heated towel rack. 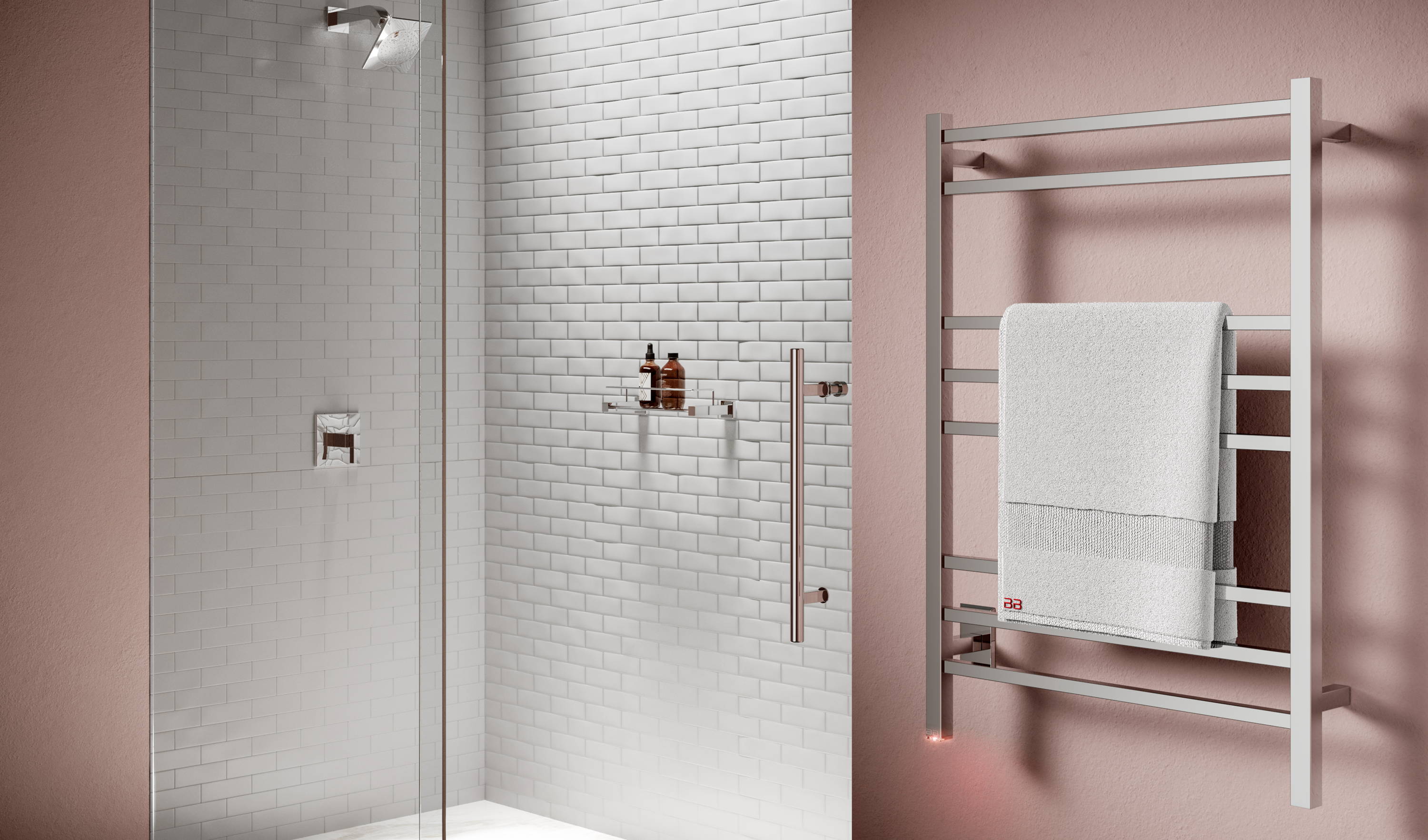 Myth 4: Heated towel racks replace the need for a dryer

Well yes and no. As we said, anything soaking wet will be best off drying in the sun or being placed in a tumble drier. However, if you’re wanting to dry something that’s just a little damp, like an used towel, a heated towel rack is ideal. It saves you a trip down to the laundry room and back – very handy for when you move into that mansion – and, whenever you climb out the shower, you’ll always have a dry, warm towel right at your fingertips. To create the same “warm towel effect” using a dryer would mean having to remember to put your towel into it just before you hit up the bathroom. It’s also a really expensive way to roll – especially if you like to take long baths. Then, when you’re all done, you can simply pop your towel back onto the heated towel rack where it’ll immediately start to dry.

Myth 5: A heated towel rack means rarely having to wash your towels

Not quite – but we can definitely see where this myth came from and it all has to do with bacteria-busting. It doesn’t matter how well you scrub up in that shower, your towel will always collect bacteria from your body. It then starts to grow and – the longer your towel remains damp – the faster it proliferates. To avoid a bacteria block party, a towel that’s dried on a non-heated rail needs to be washed every second to third day. However, if you’re using a heated towel rack, your towel starts drying the moment you hang it up and this reduced drying time makes all the difference. So much so, testing reveals that, after two weeks, towels dried on a heated towel rack contained 90% less bacteria than those dried on a non-heated rail! With a heated towel rack in your life, you’ll only have to wash your towels once a week (OR much less often). So, if you like less laundry, you’ll love a heated towel rack.

Luxurious Christmas gifts for the home